In this article, I will teach you how to escape the drama triangle and how to stop conflict in relationships. I will explain the Karpman’s triangle, how it works and what to do to step out of it.

The drama triangle is a relational science tool that models dysfunctional social interaction. Each point of the triangle presents a common and ineffective response to conflict. The response is more likely to prolong disharmony than to end it.

The Karpman triangle is manifesting in relationships where partners have not reached a level where they are psychologically mature and self-sufficient.

When people play psychological games they step into one of the 3 positions: the prosecutor, the victim or the rescuer. For the cycle to continue, there must always be a victim to be prosecuted or rescued. Without a victim, the triangle ceases to exist. Moreover, no matter where you start in the drama triangle, you will always end up assuming the role of the victim, feeling powerless and helpless.

The drama triangle is characterised by blame, fear and the desire to be right. Although you learn how to play these roles in childhood as a survival mechanism, they affect your relationships even later in life.

Below is a graphic of the drama triangle and the roles characters play:

The characteristics of each character in the drama triangle

The prosecutor belittles and puts other people down, blames and criticises others and assumes no responsibilities for their own actions. They are controlling, angry and rigid in their interactions with others. They blame and criticise themselves in the same manner they do with other people. They are frustrated with others and they tell themselves ‘They are wrong and I am right, they need to do what I say’.

The rescuer, like the prosecutor, sees other people down and not okay, but assumes a different role. The rescuer believes they have to help other people. Rescuers neglect their own needs and as a consequence, use guilt to control their victims and keep them dependent. They don’t know who they really are and define themselves through others.

The rescuer does not deal with the core issue, instead seek temporary relief to make themselves and others feel good. They look at others and tell themselves: ‘Look at that person, I need to help them’, if that person does what I say, they will be happy’. They concentrate on others in order to avoid their own problems and fix their own issues.

The victim sees themselves as powerless, victimised, helpless and hopeless. They deny responsibility for their negative circumstances and the power to change them. They often look for a rescuer to save them. The victim is at the effect of; life is happening to them. A person, circumstance or condition is doing or not doing something that is causing them to be the way they are. They tell themselves things like ‘This always happens to me’, what have I done to deserve this?’.

These roles move between each other in a conflict situation. Each partner can play all of the three roles at different times, depending on the situation they are finding themselves in and on the other person’s reaction. However, most people have a predominant role that they play.

Here is a simple example of how Karpman’s triangle works : The father disciplines the child (the prosecutor), the child cries (the victim) and the mum comforts him (the rescuer).

Regardless of the initial role adopted, each individual can move from one position in the triangle to another very quickly. The reason why individuals move around the drama triangle is the same as the reason they initially decided to play games: they want to get their needs met, but they are too scared to ask what they want directly so they play games in an attempt to manipulate other into giving them what they want.

It is important to recognise that individuals are assuming and playing their roles on an unconscious level, therefore are not aware of the role they are playing in the drama triangle.

What each role discounts of others?

The rescuer discounts the ability of others to think and act for themselves.

The victim discounts themselves and their own ability to think, solve a problem or initiate change.

The prosecutor discounts other’s feelings and their values.

How do we step out of the drama triangle?

The victims know they are going through difficult times, but they stop discounting their own ability to think, feel, change and work out how to get their needs to be met appropriately. They don’t discount their ability to problem-solve. They change their perception about themselves from victim to survivor.

They asked themselves what do they want and they take the necessary steps to achieve that regardless of the circumstances. They start reflecting on the good things they are happening in their life. They start asking themselves : ‘what did I achieve today?’ , ‘What I am grateful for?’.

The prosecutors ask for what they want without putting other down or punishing them. They use their energy to solve problems and not to shame, belittle or punish others. They become firm but fair in the approach to people.They set boundaries and learn to spend their energy on themselves, not others.

In orders to step off the drama triangle you need to consciously watching your behaviour and reflect on each role you take. You need to be present in the moment and aware of what you think, feel and behave.

This will result in more effective relationships, decision-making, productivity and well-being. You will stop feeling drained and powerless and you will channel your energy towards your well-being and happiness.

I hope this article has taught you how to escape the drama triangle by providing an efficient way to replace the negative thoughts, emotions and actions of each role with positive and healthy alternatives.

If you have any questions, feel free to leave them below and I will be more that happy to answer them.

For counselling and coaching appointments scan the QR code or press here. 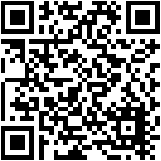 14 thoughts on “How to escape the drama triangle”